Getting Rid of Bats Charlotte NC 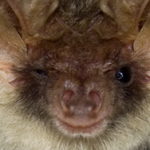 Getting Rid of Bats from your attic can be a very tough process. In Charlotte NC, because of the close proximity to Lake Norman and Lake Wylie, is a very common place that maternity bat colonies come to have baby bats. Anytime you are near a body of water, there are going to be flying insects. Flying insects such as moths and mosquitoes are integral part in the survival of bats. Once they have found a nice roosting place in a home, they will likely come back every year in early spring to have babies.

When trying to get rid of bats their are several things that have to be factored in. Firstly, bats are protected by the United States government under the “Endangered Species Act”. Most bats in Charlotte North Carolina are little brown bats or little brown myotis. These bats are not endangered but because certain endangered bat species are hard to disseminate between, the Charlotte NC local government officials have put a broad umbrella over all bats. Bat must be removed in a humane manor and cannot be killed.

The next factor is that bats in this area normally have their babies in May which would not allow you to get rid of the bats until the baby bats can fly. If you try to get rid of the bats before they can fly, then you could end up with dead baby bats in your attic or eaves. Not only is this illegal but you could end up with a dead animal smell in the house. It is recommended by the North Carolina Wildlife Resource Commission along with the United States Government that you cannot get rid of bats from May all the way until the end of July. This would ensure that all of the bats in the attic are able to fly out and not end up trapped or baby bats falling on the ground.

Given these circumstances when trying to get rid of bats, it is best to either wait until August and use a bat removal company to get rid of the bats or wait until winter time when it is much cooler to seal up all the gaps that the bats were getting into the attic. Also the cleanup process will be a lot easier because the attic temperature will be a lot cooler than the mid August temperatures.