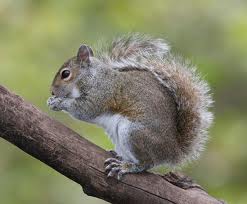 Cornelius squirrel control is a local wildlife control company that prides itself on the humane removal of nuisance wildlife such as grey squirrels. Many common places that squirrels become a nuisance animal is when they enter residences. The most common entry point for squirrels is in the attic. In Cornelius north Carolina we have two squirrel seasons. This increases the likelihood that a litter of baby squirrels being born in an attic. In warmer climates such as Texas there is only one squirrel season in the spring where baby squirrels might be scratching around in the attic. Most squirrel nests are constructed by the mother squirrel out of fiberglass insulation. If any wires are located near the nesting site this increases the likelihood that the live copper electrical wires could be exposed. When the baby grey squirrels reach the age of about five or six weeks that the homeowner will begin to hear the young squirrels running back and forth in the attic. It not until that when the squirrels are about three to four months old that the squirrels in the attic will leave the nest and go off on their own. In some rare cases there will be a cluster of adult male squirrels that will move into a warm area such as an attic to protect itself from the cold temperatures that can occur during winter time. If you are hearing noises in the attic around early fall or early spring and you are hearing most of the animal activity during the daytime it is most likely a family of squirrels living in the attic.