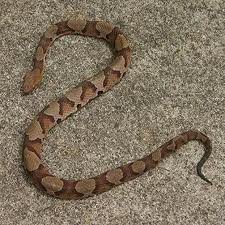 Often times if a snake enters a home they are simply entering the same holes that rodents have entered and are following the scent trails the rodents have left in search of food. There are very few venomous species of snakes in our area but there are some very aggressive snakes that may be encountered. If a snake enters your home call us immediately. Not only can we humanely remove the snake, we can snake proof your home and install snake exclusion devices over the main entry points just in case there are more snakes inside the home. Often times it will be necessary to begin a rodent extermination program at the same time to eradicate the food sources the snakes have been following.

You need not touch snakes, keep them as pets, or even look at them if it makes you uncomfortable. You should, however, accept their right to exist in the natural world. Like other wildlife, snakes should be allowed to live in peace in their native habitat. Evoking both fascination and fear, snakes serve as a barometer of regional environmental attitudes. The extent of misinformation and inappropriate attitudes about snakes unquestionably exceeds that of any other group of animals on earth. An ecologically educated community accepts snakes as an integral component of natural environments. U.S. snakes are highly overrated as a human threat. Of the more than 50 native snake species in the East, only 7 are venomous, the rest harmless. Bites of the copperhead and the 2 small rattlesnakes (massasauga and pygmy) are rarely if ever lethal to humans. The large pit vipers (diamondback, timber or canebrake rattler, and cottonmouth) and the coral snake can be potentially hazardous, but only on rare occasions.

As usual about this time of year, a word needs to be said in behalf of the most mesmerizing, yet maligned, wildlife group–the snakes. Most people today have an awareness of and concern for the welfare of all wildlife and natural environments. Part of that process must include accepting the snakes, the martyrs of the natural world.If there is a snake in your home it got there somehow. Most of the time they are simply following the travel patterns of their prey, often times this means rats and mice are present. Most snakes in our area are nonvenomous but it takes a professional to accurately identify snakes and should only be left to a skilled technician. After we remove the snake we can find the entry points and seal up the home preventing this from happening again in the future.

Venom of the coral snake, a cobra relative, can indeed kill an adult human if enough venom is injected. But coral snakes are small, rare, and unlikely to bite a person unless picked up. A person has a diminishingly small chance of being bitten accidentally by a coral snake. Perhaps the greatest danger is to children who might pick up a brightly colored red, yellow, and black snake. Children should be taught never to pick up any snake without supervision by a knowledgeable adult. They should also be taught that snakes only bite humans in self-defense and that all snakes deserve our respect. Children should learn that many snakes will strike out when cornered, but they do not come looking for you. No U.S. snake will intentionally pursue a person with intent to harm. No herpetologist has ever verified the ” chased by a snake” phenomenon.