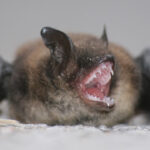 After a bat problem has been identified, it is important to do research on which Lake Wylie SC bat control company that you plan on using. It is good to use a bat removal company that is in Lake Wylie SC and that they have experience with bat eradication. Many people are under the misconception that certain products on the internet can be used as bat deterrents.

Examples of the products used for eradicating bats are strobe lights and high frequency plug in devices. When you see these products run as far away from them as possible. Once you have a bat infestation, they has imprinted on your attic and will not leave because of these products. Bat elimination is a process and if you don’t follow the proper steps, you will either end up with a bat in your house or future bat problems. A big factor with today’s economy is the bat removal cost. Bat infestation removal can be very expensive and some Lake Wylie SC bat control companies might use scare tactics to increase the bat removal cost.

If you have bats in your attic, chances are they have been there for a while and they have gone undetected. There is no reason that you should go with the first Lake Wylie SC bat exterminator that you speak with on the phone. Bats are protected, so bat extermination is illegal. If the company that you speak with is unaware of this or is not in compliance then that should be a red flag. Recently bats have been in decline because of something called white nose syndrome. This is caused by a fungus that grows on the bats nose and caused the death of millions of bats and some to become endangered. Before this was discovered most bat removal experts were known as bat exterminators. Because of the discovery of the white nose syndrome, the bat exclusion is the method of removing bats from your Lake Wylie SC home. We also bat removal services for the Columbia SC area.